At our latitude, autumn is a specific season and has a major impact on horse care management. The reason for this major transition is the gradual aging of pasture growth, the different herb varieties growing under these conditions, when the days become shorter, and also the change in ratio between sugars and fibre. This seasonal change heralds a reduction in sugars and an increase in fibre (the proportion of cellulose, hemicellulose, lignin and cutin in plant tissues increases). During this season, the grass basically becomes harder to digest, the horses spend less time grazing and their feed rations are more dependent on dried and preserved feeds. The digestibility of organic material in young grass may be up to 90%, but can fall to just 40% as the vegetation ages, which is nearly by half. This change has a very different impact on the feed rations of sports, breeding or leisure horses.

Sports horses spend very little time grazing in general. If they do spend time outdoors, it is usually for just a short time, in a restricted area or in a horse walker. Their feed rations usually remain the same throughout the year and consist of concentrated feed (Energys® Standard or Extra pellets, Dynamix or Coldmix or Herbic muesli, Mash and oats) and preserved roughage, i.e. hay or chopped hay (possibly halyage, which is usually fed in winter however). The feed rations of sports horses usually remain the same throughout the year and do not change during the grazing season. Grazing makes up no more than 10 - 20% of their feed ration usually, so changes to the grass do not have much impact on their feed management.

This seasonal change has a major impact on fully pasture-housed and partially pastured (combined stable and pasture 12/12 or 8/16, etc.) breeding and leisure horses. These horses are usually turned out to pasture in April and grass makes up more than 70% of their feed ration from April to September for some of them. Very new growth becomes average in the middle of the summer after the first cutting and turns into old grass from September after the 2nd cutting, and essentially becomes “entertainment” for the horses when they are outside. If the horses spend more than 5 hours outside from September to November (always depending on the amount of precipitation, the weather and altitude of the field), they should also be provided with hay in the field and naturally fresh water throughout the time they are in the pasture.

Breeding horses (this mainly means mares who have foaled) should be fed concentrated feed in addition to grass (Energys® Pony or ideally  Standard + oats during the first three months of lactation) in the grazing season, with hay being gradually added as the autumn begins. Foals should start to be provided with Energys® Baby, when they are between 3 and 5 months old, depending on how much milk their mothers have. When lactation stops, the mares should be placed back on reproduction feed rations (Energys® Pony or Relax and oats).

After being weaned, young horses should be given Energys® Baby and crushed oats and ideally haylage or very high-quality hay (may also be alfalfa) in autumn.

The change in season in this country also has a major effect on the weaning of young horses.

Foals who are born to fresh grass in spring, are usually pastured with their mothers in the summer. At the time of weaning they must paradoxically overcome more changes then just being weaned from their mothers, as they are also newly socialised into a herd of young horses. Changes to feed at the weanling facility and the transition to dry or preserved roughage is an additional change the young horses have to overcome. Many specialised papers indicate that weaning is a very stressful period for young horses. Their growth curve may stagnate for some time and the horse usually never recovers from this. In order to prevent long-term slowing or stagnation of the growth curve in young horses, you must start feeding them so-called starter (Energys® Baby) and oats before they are weaned (while they are still suckling from their dam). It is usually enough to give just a small amount of this starter to suckling foals and they should be fed separately from their dams or by hand. When the foal is weaned and becomes a young horse, we can smoothly continue feeding starter (Energys® Baby and oats), which means that the delicate gut flora keeps receiving the same type of concentrated feed and is stabilised. This prevents any slow in growth, as well as complications and digestive issues (colic, diarrhea, constipation, etc.). We should feed starter (Energys® Baby) for at least the entire first winter after weaning, until new grass begins to grow. We would ideally add extruded flaxseed (Energys® Omega) during the first winter at a ration of approx. 150g/horse/day.

Moderately active leisure and sports horses should receive a ration of grain at least twice a day throughout the time they kept in pasture, but from August at the latest (depending on their workload: Energys® Pony, Relax, Standard or Coldmix,  Herbic or Fiber muesli), older horses who are not worked or worked only very moderately, should be fed at least once a day when kept in pasture (ideally in the evening) with soaked feed from the Energys® NATURE range (Sugar-beet, Spent malt, bran pellets) or Energys® Mash, or Energys® Pony. This ration should be given twice a day from September. Older horses with teeth problems or other chronic issues and metabolic syndrome must be supplemented with these feeds twice a day year-round.

We should start getting all horses into condition for winter from the beginning of September. Feed rations must be prepared for winter, when the horses will no longer be able to graze, it will not be possible to include fresh grass in their rations and the temperature falls significantly. This means that we have to add more high-quality hay or haylage to their feed rations. More water is also obviously required during this period, because dry bulk feeds contain more dry matter (hay contains 85% for instance) than grass (30% dry matter) and horses need the chyme content to remain the same consistency to avoid constipation colic when they are transitioned from grazing to hay. This is also why adding boiled (Energys® Whole flaxseed) or extruded (Energys® Omega) flaxseed to the horse’s autumn rations is a very good idea. This supplement also supports the metabolism when the summer coat is shed for the winter coat. 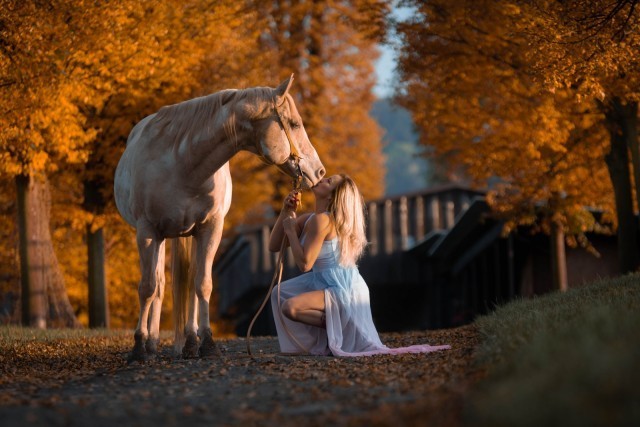